DBS’ Managing Director Dave Nanson was kindly invited to attend Ground Engineering’s 50th Anniversary Celebrations recently as a guest of the evenings sponsor The Coal Authority. The event took place in the Sky Bar, Grange St Paul’s Hotel, London, opposite the iconic (a word often overused but not in this case) St Pauls Cathedral.

The event was an evening of celebration, reminiscing and networking where attendees were the first to receive copies of the special Ground Engineering 50th anniversary supplement.

The event brought together the leading figures who have driven development of the ground engineering sector over the five decades since Ground Engineering’s launch.

The event included a key note speech from John Burland, who was instrumental in establishing the magazine and its ethos and Claire Smith looked at what the next 50 years for the sector will hold.

The Coal Authority were one of the evenings sponsors and the evening was hosted by their Head of Development Nick Ethelstone, and Senior Client Services Manager Andrew Simpson. Fellow guests comprised James Dawson of Groundsure, Daniel Cox of E3P, Siôn Roberts of RSK and Barry Whitelaw of Wardell Armstrong.

A merry evening was had by all, a great informal networking occasion, some pictures from the night enclosed. We also managed a swift diversion into Ye Olde Cheshire Cheese, a favourite old London pub rebuilt just after the Great Fire of London on Fleet Street, the oldest pub in The City.

Thanks to The Coal Authority and Ground Engineering Magazine for a great evening. 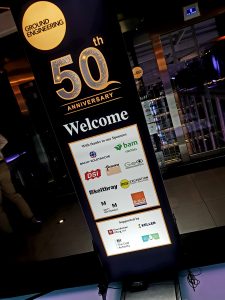 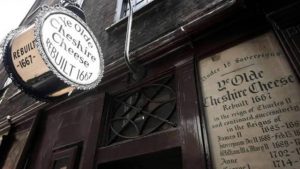 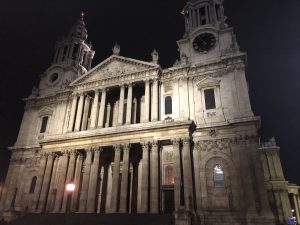