Mine Shaft Investigation for a New Residential Development Site

DBS have been on site this week prospecting for a mine shaft in Northumberland.  We prepared a Coal Mining Risk Assessment (CMRA) report for the site, to support a planning application for a change of use to residential.

The Coal Mining Risk Assessment report identified a potential historical mine shaft feature on the site, as recorded by The Coal Authority.  The shaft had no treatment details available for it.  As a result, it potentially presented ground stability risks to the new development and standard procedure in that instance is to find the shaft, check its capping status, and if it is not capped to current standards, then it needs capping with a structural cap.  The proposed housing layout may also need to be tweaked to accommodate the shaft, by not having property footprints within its potential collapse zone.

Through our research as part of the coal mining risk assessment process we identified that a farm had been present on the site from the early 1800’s, historical Ordnance Survey plans dating from the early 1800s did not show a mine shaft on site, nor did available historical tenancy agreements mention a mine shaft that went back to the 1500s (that’s good record keeping).

We therefore concluded that, if present, the shaft almost certainly pre-dated the farm meaning it dated to the 1700s, or earlier.

Mine shafts in this part of rural Northumberland where the site is located typically relate to shallow bell pit type arrangements that worked shallow coal outcrops, and also lime.  The coals form part of the Limestone series and are thin, coal was therefore typically worked at outcrop along with Lime to provide soil improver for agriculture (lime kilns are common historical features locally), the shafts were abandoned when groundwater could not be controlled, or ventilation.

The shaft would then be abandoned and another sunk further along the outcrop.

A four gas alarm was maintained on site to identify any release of mine gas during the work (explosive and asphyxiating), and the work proceed initially by way of trial trenching through the recorded shaft location with the excavator (the recorded shaft position was set out on site using GPS first), then by scraping a 10m radius around the shaft location to remove surface soils down to natural clay, so that the subsurface could be inspected for anomaly’s that would potentially indicate a shaft.  It is a bit like archaeological digs but on a slightly bigger scale.

We found several subsurface features, including a brick lined infilled chamber that we initially thought was the shaft, but after careful excavation it was found to be a relic surface water drainage chamber only.

The intrusive investigation confirmed the absence of a shaft at its recorded location, or within a 10m radius of it, this is not unusual as old records can always be incorrect.  Our mine shaft completion report has been submitted to the Coal Authority to complete the coal mining risk assessment process, to support the assessment of risk and to support the eventual planning application for a change of use.

Some photos of the work are presented below. 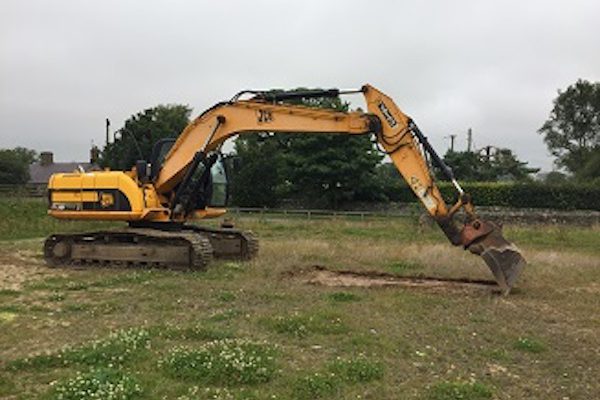 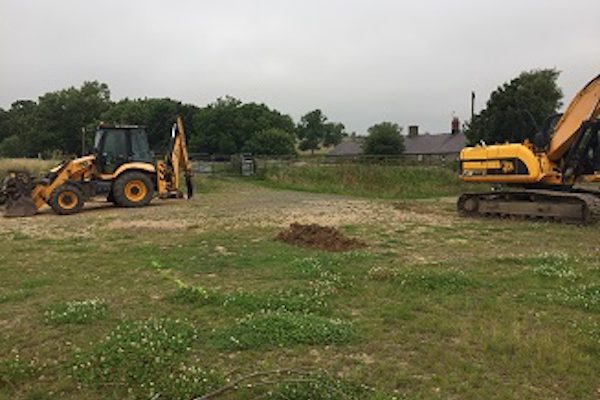 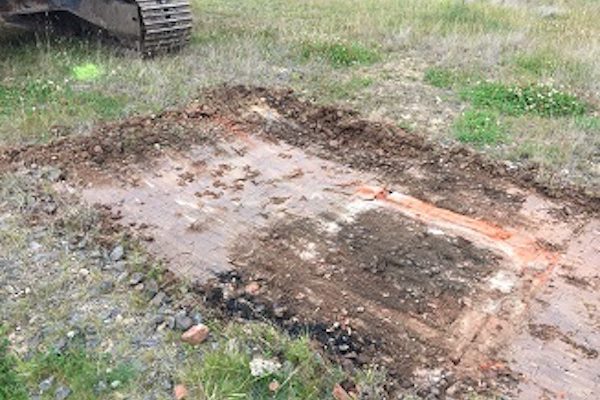 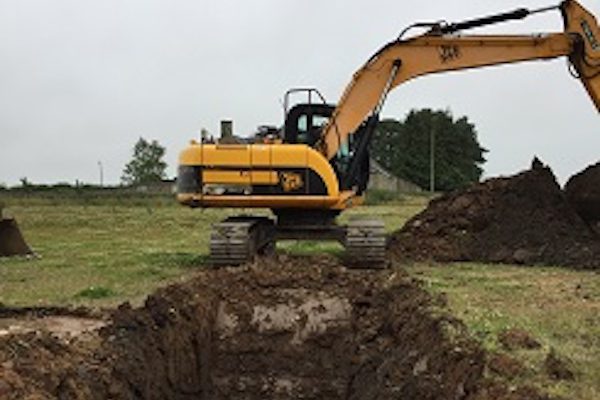 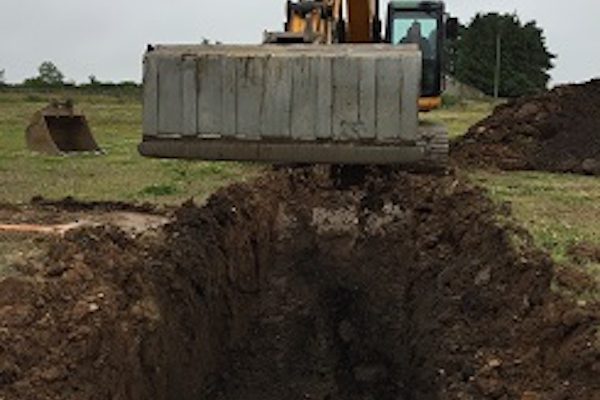 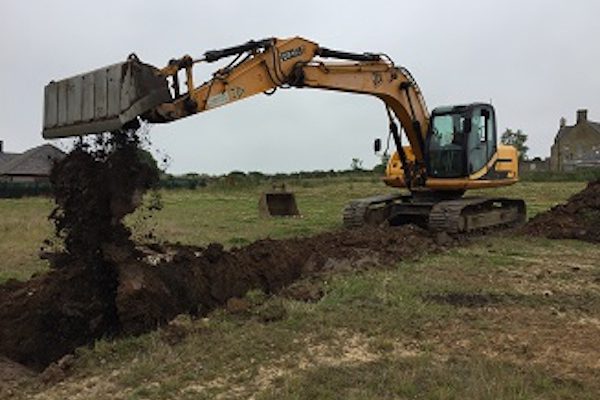 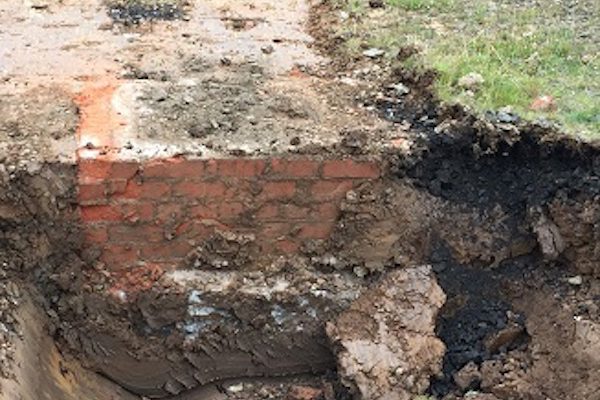 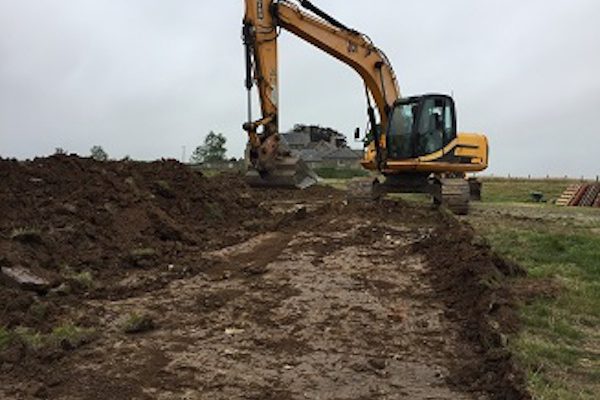 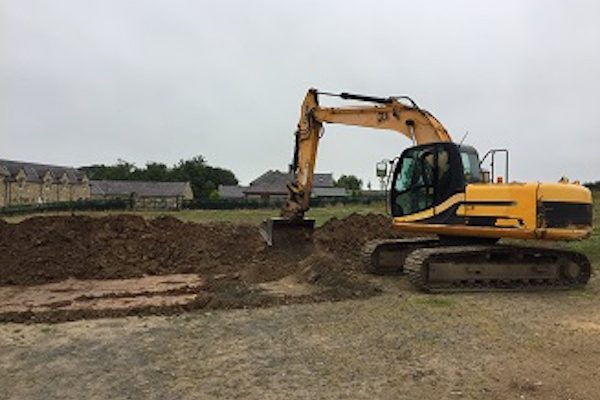 Contaminated Land and Environmental Due Diligence